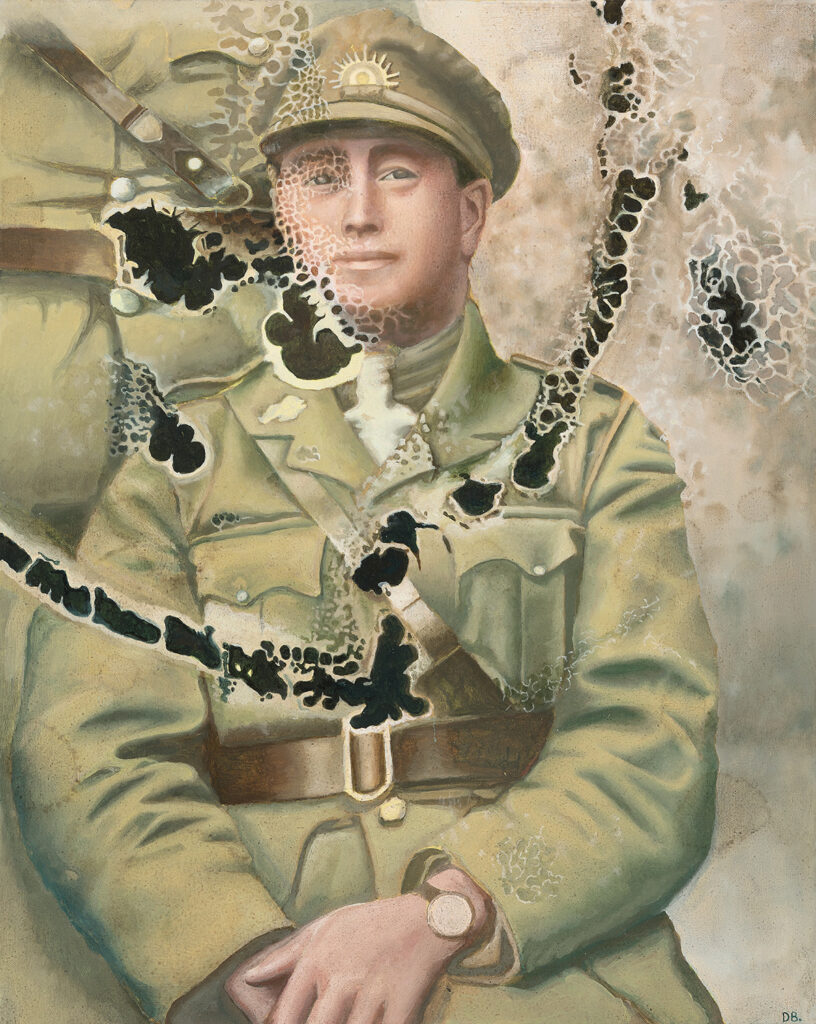 With this painting “Found Photograph” I wanted to highlight the use of photography during the first world war and in particular the amazing discovery of the 3,000 plus photographic plates in a farmhouse attic at Vignacourt near the city of Amiens in the Somme valley.  The photographs were taken by the husband, and wife duo, Louis and Antoinette Thuillier as a memento for the Australian soldiers to keep or send back to their families, these also included photographs of British, Canadian, Nepalese, and Indian Sikh soldiers serving at that time.  They were photographed onto plate glass negatives coated in a silver emulsion that allowed for a very high quality of reproduction, as seen in the folio book “The Lost Diggers” by Ross Coulthart.

The portrait I chose was of Lieutenant Cecil Chapman who served on the frontline at Pozieres, he also served as a Major in the second world war, he married and died at the age of 69 in 1965.  I was taken by the decomposition of the emulsion on the glass plate and how it created a layer of metaphor for the decomposition of man.