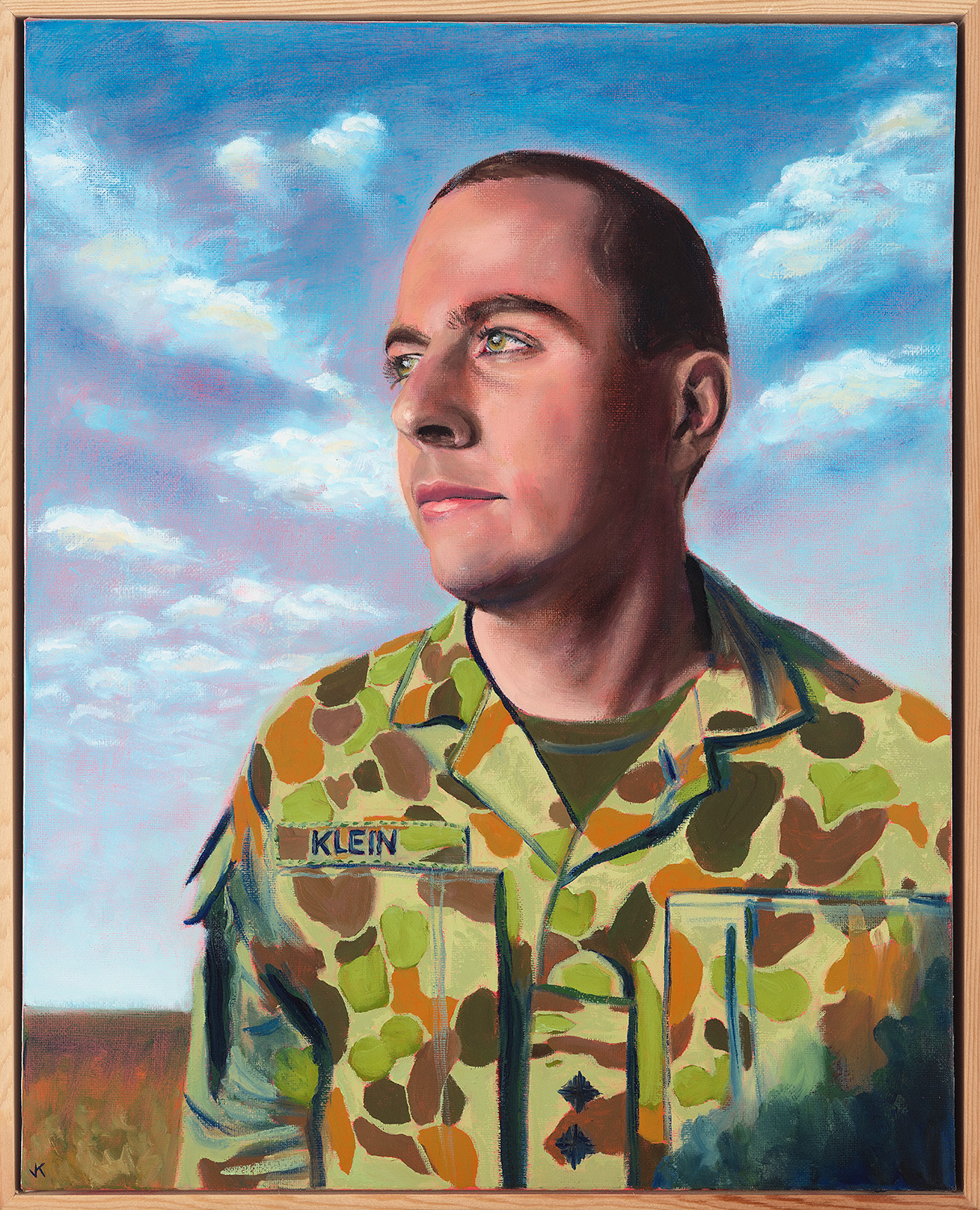 This portrait is of my son Jack, a platoon commander in the Royal Australian Army Medical Corps. He had just become a commissioned officer as a part of the “COVID cohort”; soldiers who had been rushed through their training to take part in Operation COVID-19. This training involved long hours learning the intricacies of leadership and orders, punctuated by extended stays “out-bush” in the rain and cold of Holsworthy Barracks in Western Sydney. I painted Jack staring resolutely but optimistically, capturing the determination he demonstrated in his military training and willingness to assist his nation as it needs him. Proudly emblazoned across his chest are two “pips”, denoting his recently acquired rank of Lieutenant. The intricate, hard-edged detail of his uniform is contrasted against the billowy softness of the clouds in the background, hinting at a brighter future for Jack and the nation.

Jack follows in the footsteps of his pop, Eric Klein, who was a Lance Corporal in the 2/18th Australian Infantry Battalion who fought in World War Two in The Pacific Campaign.  Eric was captured and held by the Japanese in the notorious Changi prison camp in Singapore.  He survived this ordeal and lived to the age of 90.