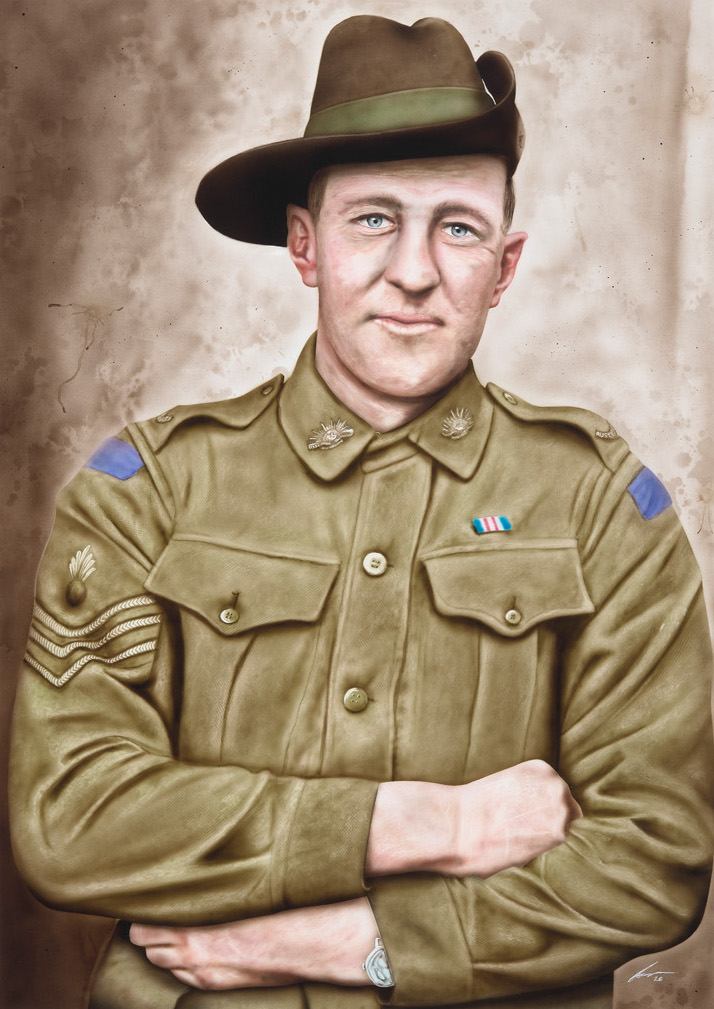 Edward John “Tiny” Fallon was a typical young Australian, who volunteered to fight for his country and our way of life. He personified those qualities of Loyalty, Courage, Comradery, Respect and love of his county.

Enlisting in 1914, with regimental number 27, “Tiny”, who was an electrician from Melbourne, became an Engineer in the 2nd Field Company Australian Engineers, 2nd Brigade, 1st AIF. He served with the same men, as a sapper in Gallipoli until his death as the Company Sergeant Major in April 1918.

Now a full Corporal, he was awarded the Military Medal for gallantry for his actions at Pozieres between the 20 – 26th of July 1916. For his courage and devotion to duty under heavy fire and the example and inspiration he set his men.

He was again awarded the Military Medal near Bapaume on the 1st of March 1917. Again, his bravery was not in the act of killing the enemy but in risking his own life to run across 300 yards of heavily shelled ground to lead his men to safety. Such bravery to save his mates would ultimately cost Tiny his life before the war was over.

Tiny was Killed in Plogestreet, Belgium on 10th April 1918, and was amongst one of the many buried with no known grave.

His image turned up amongst the now famous, several hundred negatives found in a barn in Vignacourt France, from which this portrait was painted.