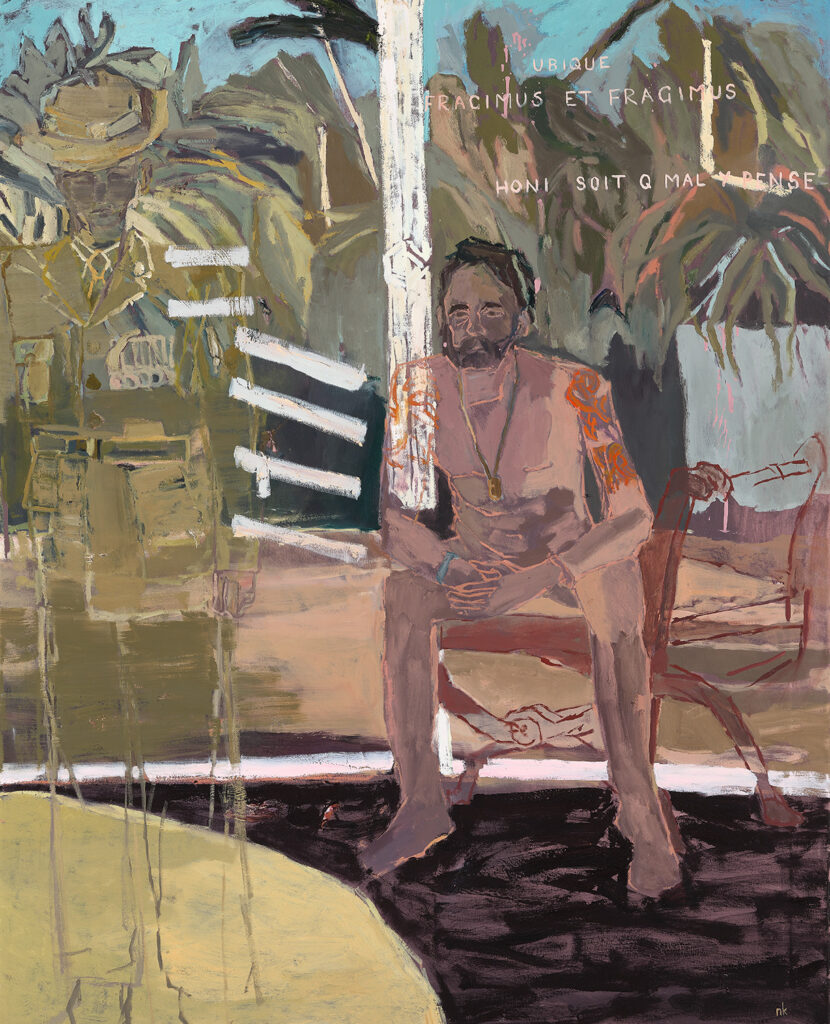 Gallipoli is etched deeply into the Australian psyche. Annually, we commemorate those who fought and died in Gallipoli, and pay tribute to contemporary Australians who continue to show remarkable resilience and bravery when faced with the incomprehensible challenges of warfare.

‘Softly tread the brave’ reflects on my friendship with Paul Wheeler, a returned veteran who served as a Combat Engineer Explosive Ordnance Disposal Technician in the Australian Army for 22 years. The painting reflects on the strength, bravery and sacrifice of Australian veterans and explores the remnants of service. The layered and intersecting imagery incorporates text, symbols, landscape and figurative elements to create a blurred and timeless visual experience and explore the rupture between internal and external realities. Imagery is layered on top of one another in a referential encoding of earlier histories. An image of Paul in his military uniform overlaps and intersects with the living room interior of his home where Paul sits. The non-descript and partially transparent figures reflects on the repository of history and memory, etched into and shaping our shared present. Within the seductive use of colour and application of paint, I want to invite viewers to stand in overlapping times and spaces and to see beneath a surface image, beneath a surface or single layer. The latin text included in the painting bears the battle Honour UBIQUE, as well as the original motto of the Royal Australian Engineers, FACIMUS ET FRANGIMUS as appeared up until 1947 when it was replaced by HONI SOIT QUI MAL Y PENSE. The painting takes its name from the unofficial Explosive Ordnance Disposal (EOD) motto ‘Softly Tread the Brave’