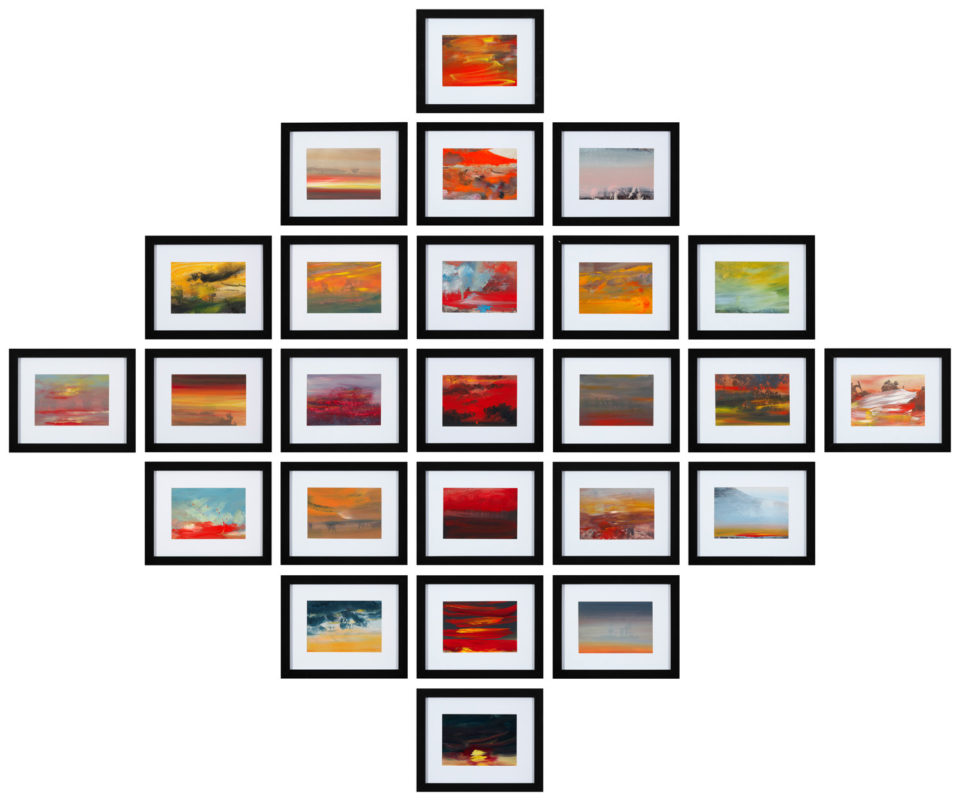 In 1915, a young South Australian, Herbert Keith Furguson, a private of the 28th Battalion of the AIF wrote home from Gallipoli, penned whilst stationed at Russel’s top, a passage of his letter read.

“But the sunsets I have seen I haven’t the power to paint a word-picture good enough to describe. They are beyond description; magnificent: To use an Australianism, ‘It has me beat’. I have stood whilst stationed at our highest and furthest point inland, 40 yards from the Turks, and watched the glories of a Mediterranean sunset in front and heard the rattle of murder behind.

“Therein lies the difference between nature and human nature. I am not alone in this. We watch, we wonder, we smile, then we pick up the rifle and have another shot.”

‘Ode to Private Furguson’ is a homage to the incredible bravery of a young man, who in the most squalid and treacherous of conditions, found solace in the observation of nature. Painted in oil on top of 25 postcard sized photographs of the battle of Gallipoli and presented in a cross formation, the work forms a monument to the passing of time, to the fleeting nature of light, darkness and of life itself.