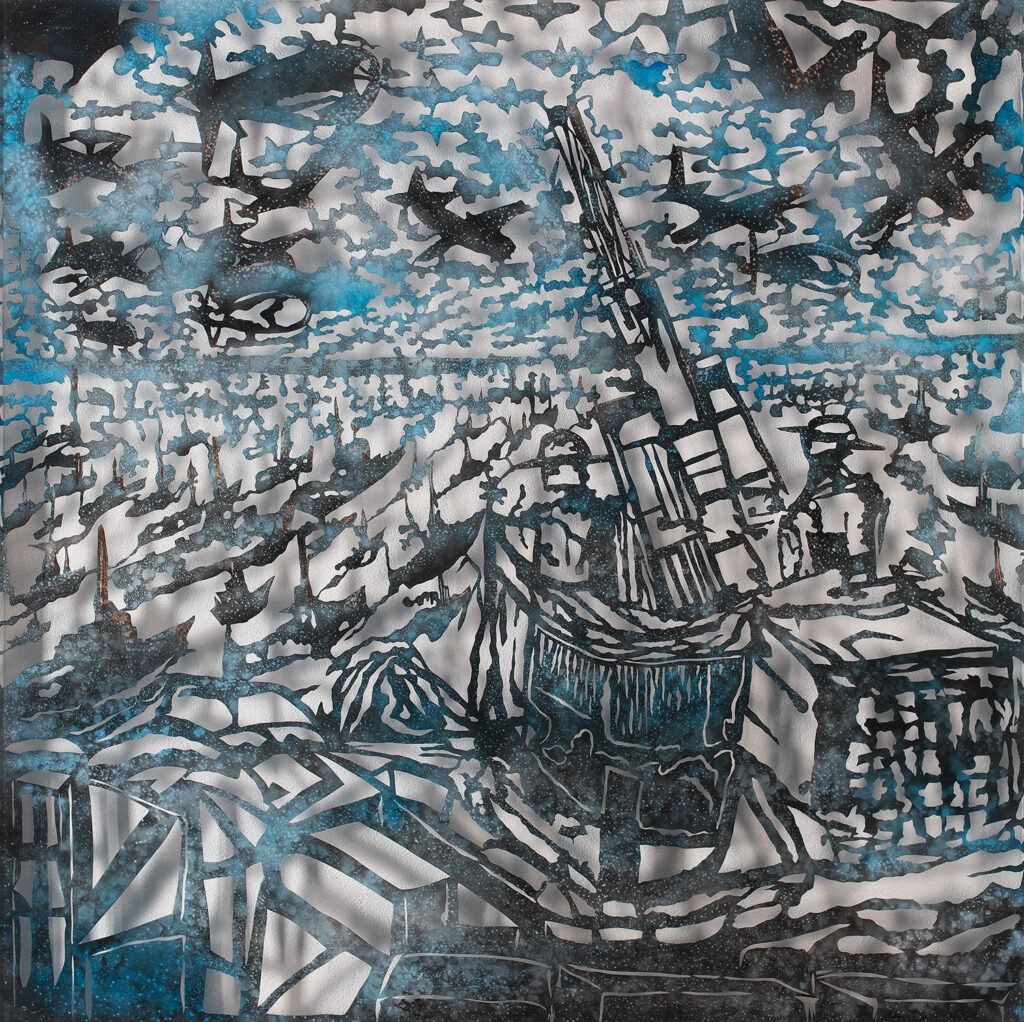 Enamel and ink on polyester

This is my mother’s story.

She was based on the anti-aircraft guns of Lowestoft, overlooking the English Channel, Britain’s eastern most point.

One of her many stories from this time was of the early morning of D Day, 6th June 1944.

Mary spoke of “the crew feeling something was afoot the night before. Sunrise greeted us with an unimaginable sight and sound, where the sky was black with aircraft and the Channel was filled with every craft imaginable, all heading in one direction – East” They could only sit and watch as history unfolded.

Soon after the end of the war, Mary emigrated, starting a family life in Sydney.

After all this time, the mental images from her stories remain with me.

Sadly, as with many from this time, Mary is no longer with us and all that remains of her experience that morning are the chronicles of history and the memories passed onto her young family.

The Guns Fell Silent on that morning of 6th June 1944.