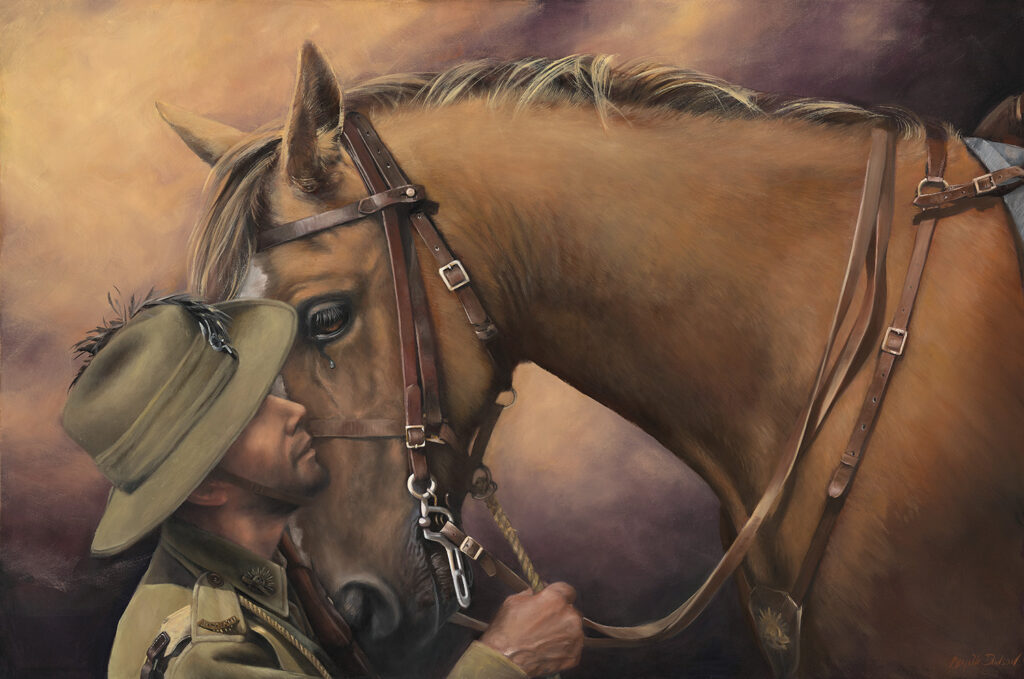 This painting is a tribute to the circumstances of war and the unspoken bond between a soldier and his horse.

Our war history is full of patriotism, courage and pride. Comradeship between man and beast is in each and every one of us.

10 Million fighting men died in world war one along with 8 million horses donkeys and ponies.

Only one horse returned from the 136,000 Walers that we sent over for use by the Australian Imperial Force.

Man and animal found an emotional companionship that we as humans crave, drawing strength, love and fierce mateship to continue the fight for peace and freedom of this country.

How traumatic and heart-wrenching it was for the soldiers leaving their horses behind.

Just crawling round old Cairo with a ‘Gypo on his back

Perhaps some English tourist out in Palestine may find

My broken hearted Waler with a wooden plough behind

No I think I’d better shoot him and tell a little lie:

“He floundered in a wombat hole and the lay down to die.”

To go back to Australia and leave my horse behind.