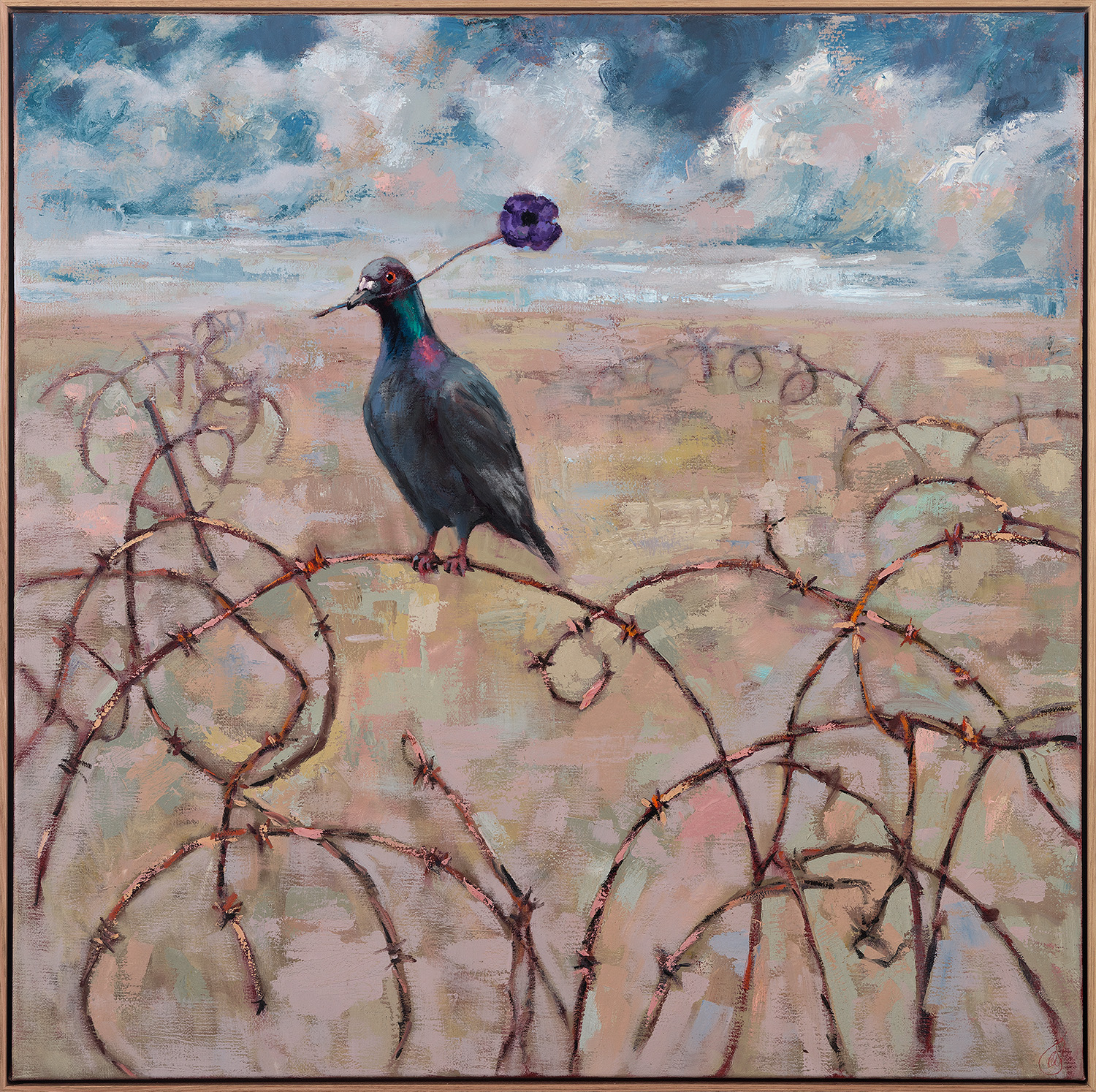 The Purple poppy was introduced some years ago, to signify the contribution of animals great and small during the Great wars.

It is a symbol of remembrance of the animals that number in their millions, whose sacrifices and deeds played such an important part during the conflicts. 16 million animals alone were used in WW1.

Horses, Camels, Donkeys and Mules were used in transport and carrying supplies as well as Medivac for the wounded.

Dogs were trained for search and rescue, and used as ammunition guards and scouts for land mines.

Cats and Dogs were used in trenches and on ships to protect food stores from vermin, Mice and Canaries for detecting poison gas.

A range of animals were present as pets and mascots, for much needed morale of their human comrades. The unconditional loyalty of a pet must have been an enormous comfort during the dreadful hardships of war.

Pigeons were imperative for communication during the war, as messengers. It is for this reason that I chose the pigeon in the form of a harbinger of peace as the subject of this work.