ELIZABETH MCCARTHY (nee Jess) “From all the wounded, badly or otherwise hit, not a murmur or a groan”. 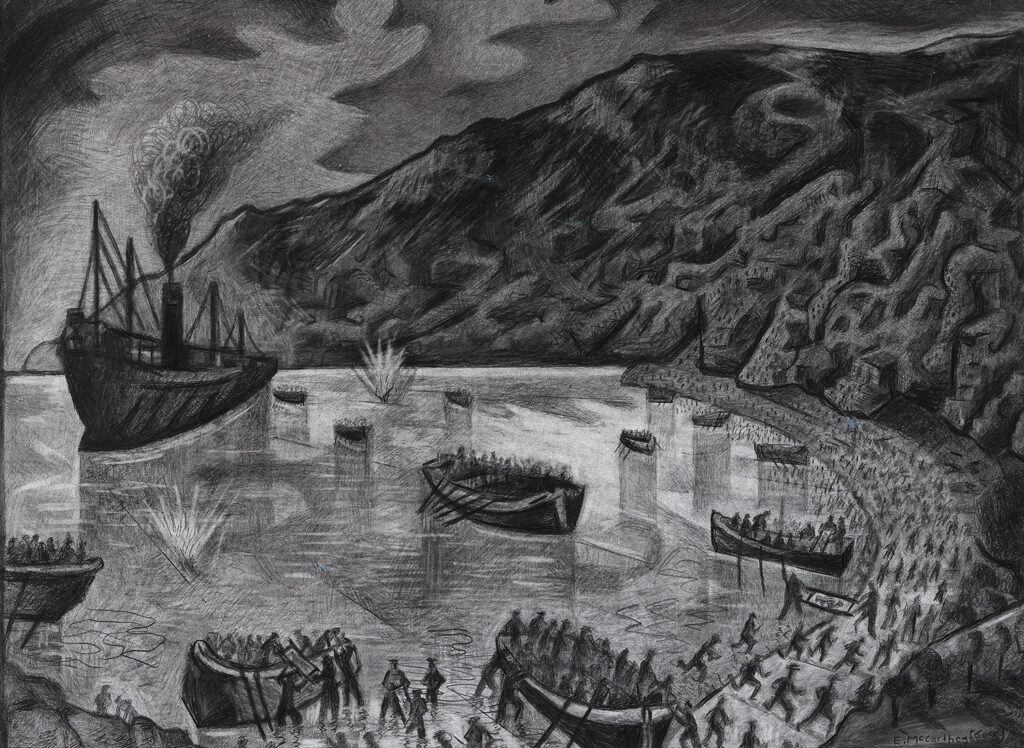 “From all the wounded, badly or otherwise hit,

not a murmur or a groan”.

On the first day the Anzac’s landed at Ari Burnu, now known as Anzac Cove, in Gallipoli. HMAT Seang Choon (A49) moored offshore near Ari Burnu Point. 16,000 Anzacs were landed, and 2000 were killed or injured within 24 hours. What I wanted to emphasise in this drawing, is that as the rowing boats landed, others were ferrying the wounded back to Seang Choon, as it had become, through necessity, a hospital.

My grandfather, Captain Carl Jess, was one of the officers working on the gangway of Seang-Choon, bringing the 500 wounded on board and assisting in the hospital; “A sight I shall never forget in the whole of my life…but from all the wounded, badly or otherwise hit, not a murmur or a groan.”

On that first day at Anzac on the beaches, Bean the War Historian wrote “that strongly marked and definite entity, the Anzac tradition, had, from the first morning, been partly created here.’

The Anzac spirit-courage, humour, and tenacity should be taught about in every school in this country, so children can find examples of it in daily life, aspire to it themselves, so that it may always live on.