ELIZABETH MCCARTHY: With Fixed Bayonets They Went Straight Up the Hill Singing “Tipperary” 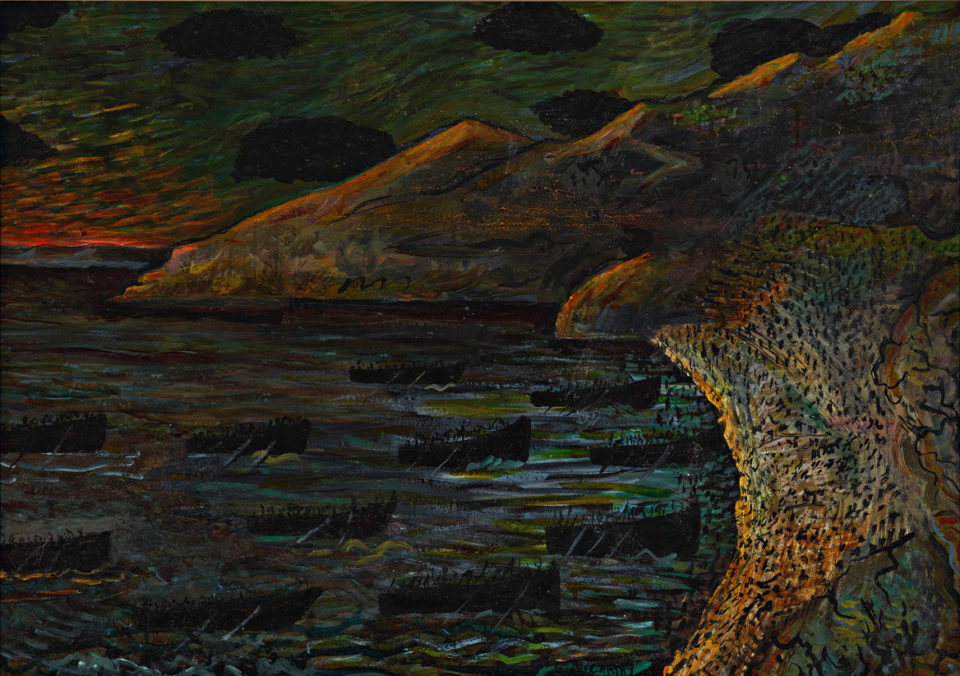 With Fixed Bayonets They Went Straight Up the Hill Singing “Tipperary”

I have always been interested in the Gallipoli campaign, but more so after my brother gave me a copy of our grandfathers Gallipoli diary. My grandfather was part of the 4th Brigade, which landed at Gallipoli on 25th April 1915. As a visual artist, when reading his diary my mind was flooded with images. I wanted to create a painting of Anzac Cove with the darkness, the mystery and unknown it must have had for the Diggers on the dawn of that day. I cannot imagine what the men would have felt as they sailed in. As they drew into Anzac Cove, my grandfather noted: “We could see swarms of troops on the beach like ants…immense hills rising sharply…how the third brigade who met the enemy on the beach charged up it and drove the enemy out, God knows…they were met by a hail of rifle fire; a voice called out in English “Come on you kangaroo bastards!” …then the Third Brigade… with fixed bayonets, went straight up the hill singing “Tipperary.”

I am so very proud of my grandfather and all of the Diggers for their courage and for the legacy they have left us, the “Anzac Spirit’ of which we must always remember and aspire to.