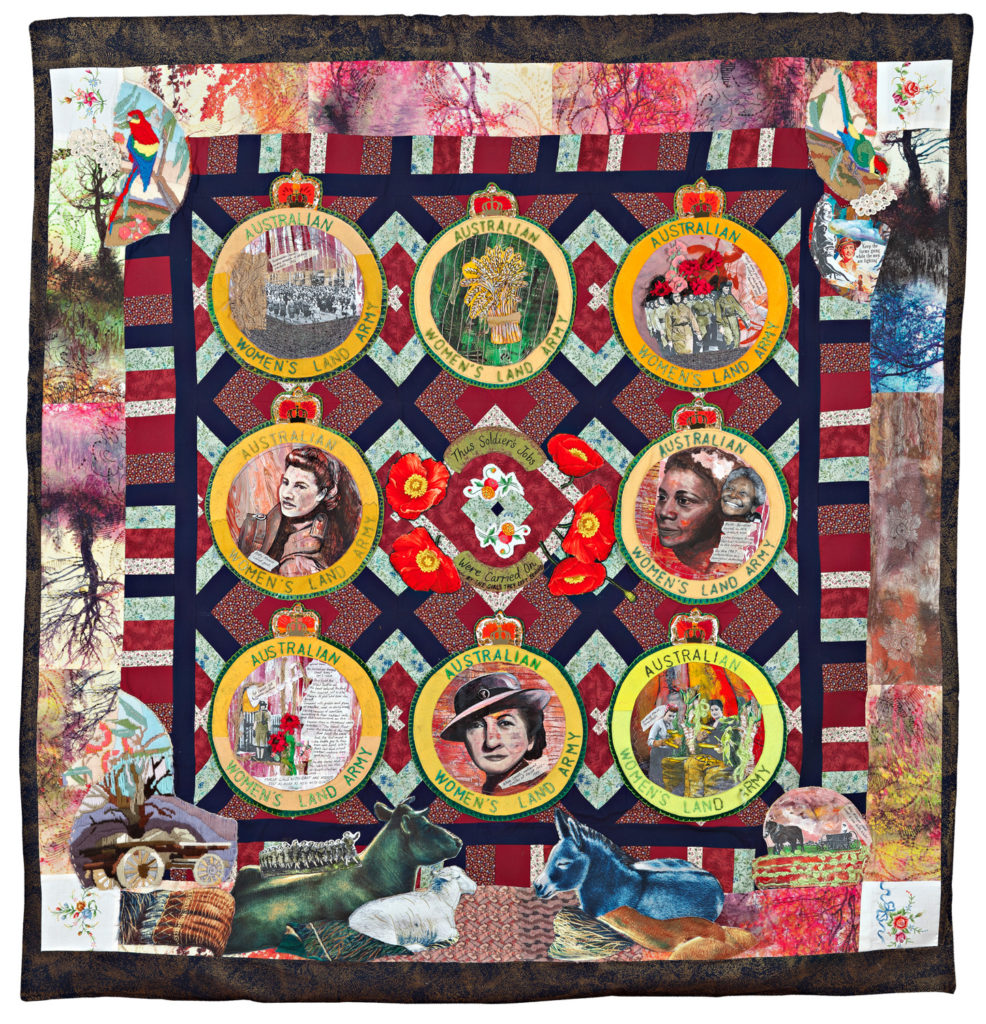 Thus Soldier’s Jobs Were Carried On

The Australian Women’s Land Army were invaluable to Australia during World War Two, as thousands of women between 18 and 50 years of age took up agricultural work across the country in place of men at the front.

Although most were new to rural work, they rose admirably to the task of helping to provide food for the nation while the men were away fighting. There were 2,382 permanent members and 1,039 auxiliary members who performed all manner of agricultural labour, over a 48-hour work week.

In 2012, on the 70th anniversary of the AWLA’s formation, a reception was held at Parliament house for surviving former members. Yet few of us are aware of the crucial service these women contributed during wartime.

The significance and the irony of this art quilt (which combines individual portrait paintings and a variety of fabric techniques) is that textile work is often considered ‘women’s work’, yet the intrepid Land Girls effectively carried out ‘men’s’ work.

Recycled materials and a home-made style evoke the Australian tradition of ‘Wagga quilts’, which were cobbled together from any available materials during the Great Depression.

Just as the ‘Wagga quilt’ tradition was forged out of necessity, so too was the AWLA. These women came together to fulfil the nation’s need, with spirits of great resourcefulness and courage.