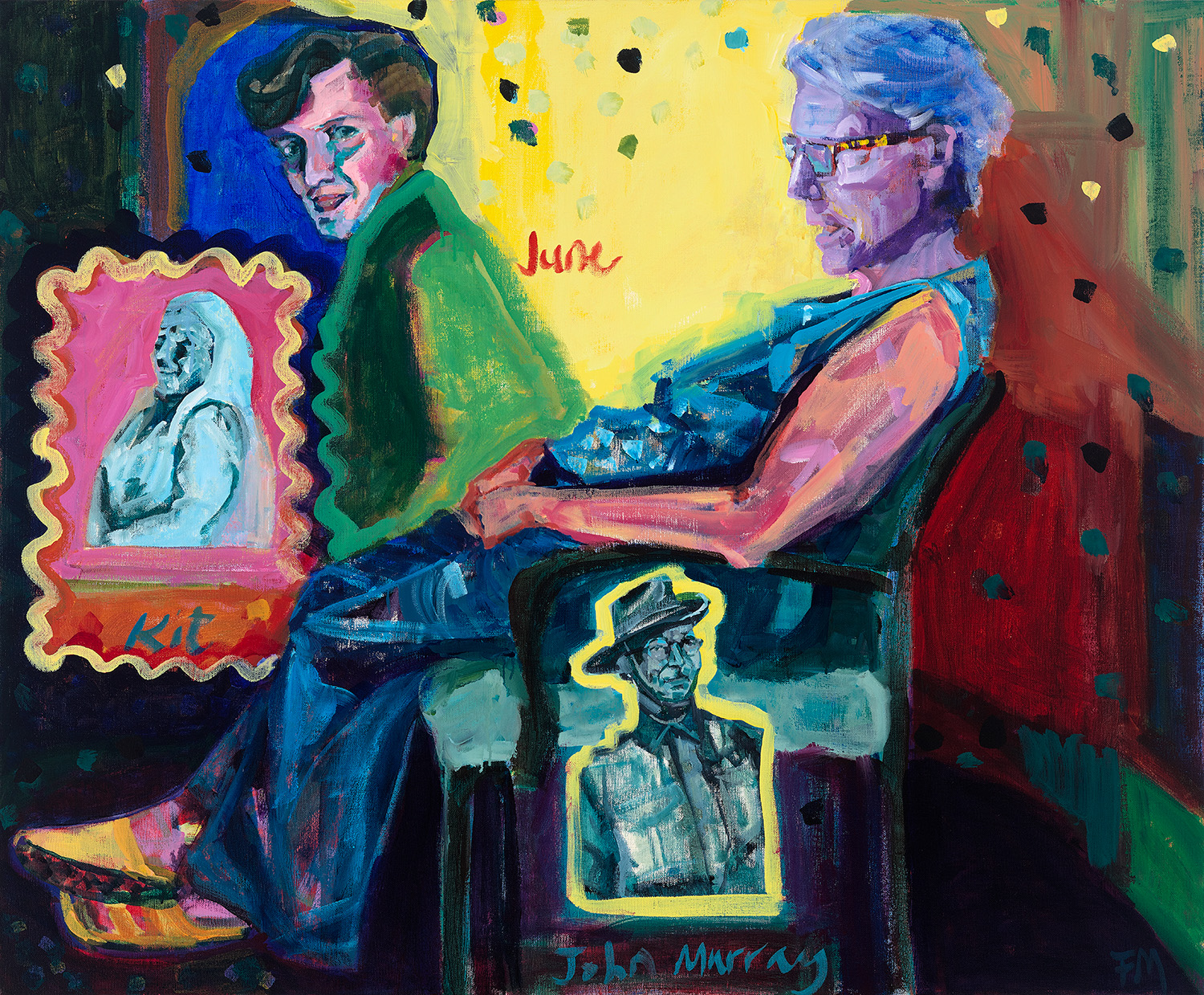 Wild Clefting, you I sing

The first line from “Night” by Georg Trakl about World War One “Wild clefting, you I sing.”  Expresses the personal fissures serving in war creates. I ask the question, are these indelible marks handed down to the children and grandchildren?

In this painting, Janet Sutherland tells me her family story. Both of her maternal grandparents served in World War I. John Murray and Kit Dawson met in England while they were serving. They had one child, June. They stayed married but only spent holidays together. Their combined war experience had a profound effect on June, and then on her and John Sutherland’s nine children.

In this painting I seek to use colour and compositional choices to describe how a family tells the story of war service and sieve through its effects. Commemorating war service can cut out the fuller picture, of how the effects continue to play out upon their loved ones. The areas of epigenetics and psychology explore this scientifically.

I seek to poetically render Janet Sutherland grappling with her legacy, as a descendent of a soldier and nurse who served in war.