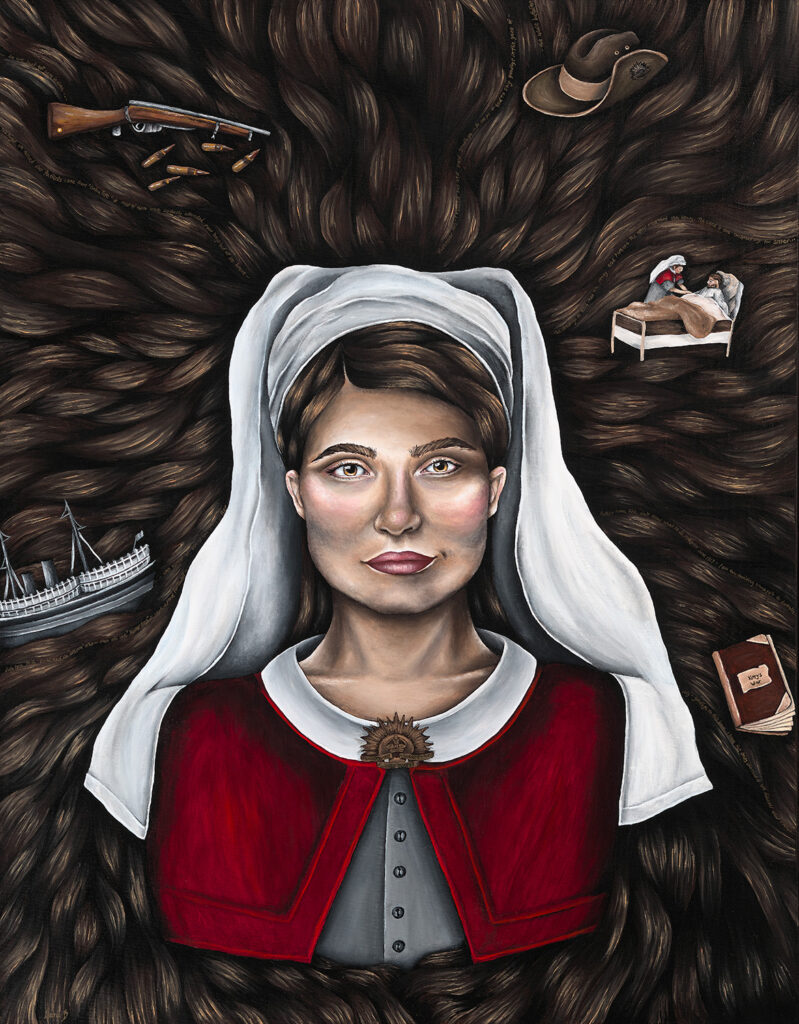 Sister Catherine (Kitty) McNaughton. A World War I nurse from the town of Little River in Victoria. In a time when it was considered appropriate, for the feminine gender, to tether a woman to home – Kitty embraced active service on the battlefront. Standing alongside 24 of her fellow nurses, battling diseases, horrid living conditions and a lack of food and professional equipment, she nursed the Gallipoli’ sick and wounded soldiers. Kitty was an incredibly skilled and patient nurse, but she was more than that. She was a friend and sister to the soldiers, being there to listen to their harsh tales from the front and to read their letters she received as they spent months serving at Gallipoli. It was this endless support that proved to be invaluable to any friend that crossed Kitty’s path.

As a young woman myself- reading the biography and diary of Catherine McNaughton (entitled “Kitty’s War” by Janet Butler) left me deeply inspired and moved to tears as I finished both book and artwork. It is through her diary entries that the reader can see her beautiful qualities of loyalty, bravery and comradeship. I will forever be inspired by this woman. I hope to be as strong as her and to never stop fighting for what I love.