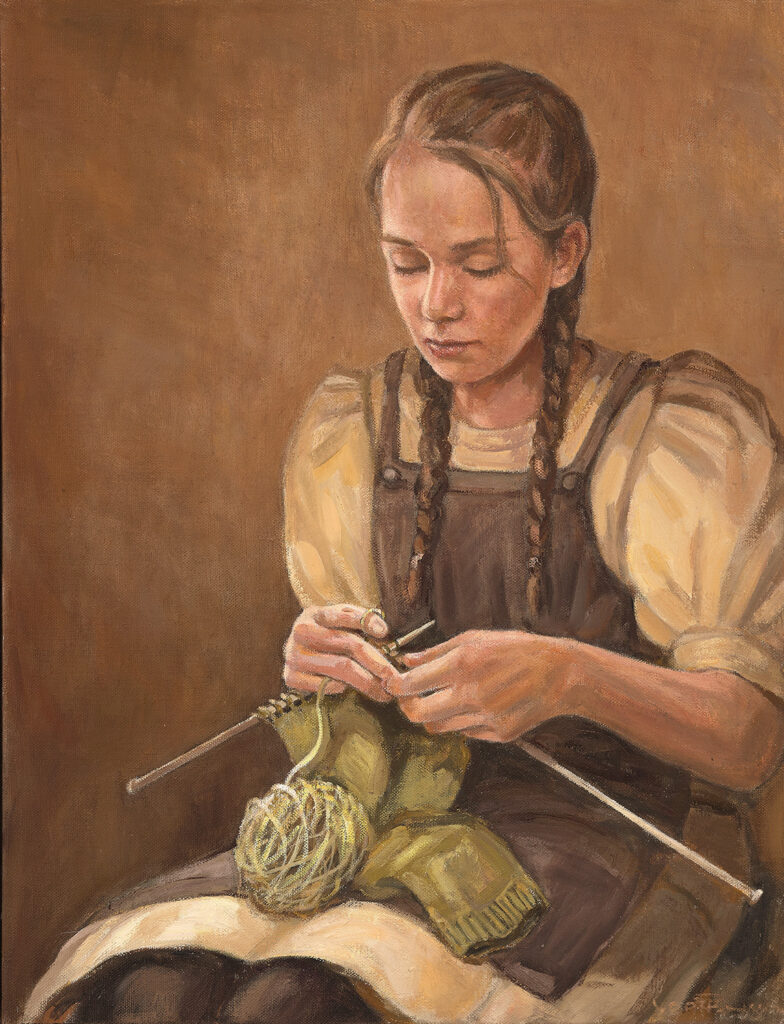 War mobilized women. With the Australian economy hamstrung from the loss of its workforce and diversion of funds to the military to fight the war, woman played a vital role in homeland production on both home front and front line. They invested invaluable emotional and physical labour caring for troops and sending comforts to the war front through charitable work and fundraising: baking, writing letters and the knitting of clothing & camouflage nets. This painting tells the story of Fay Howe, 15, daughter of the Breaksea Island lighthouse keeper, King George Sound, Albany Western Australia.  Although her mother died before she could teach her to knit properly, she heeded the Country Women’s Association call to duty, and knitted socks with her CWA’s war relief wool donations.