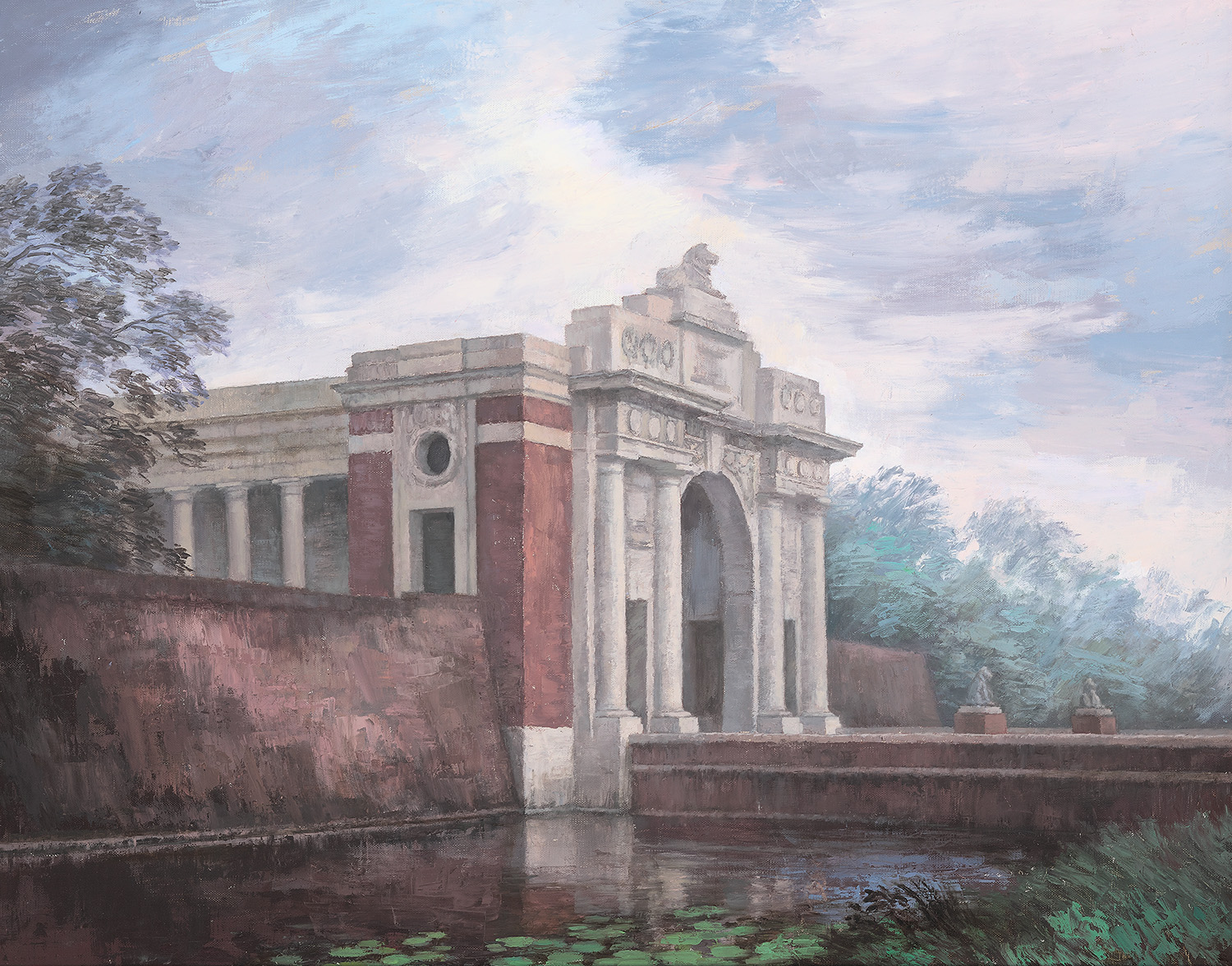 Throughout history certain structures, such as the Colosseum or the Milvian Bridge in Rome, have drawn generations of artists to try to capture something of the spirit of the place and its poetic resonance, each new depiction adding a layer of meaning and significance.

This is how the Menin gate struck me when I was fortunate enough to attend the Last Post Ceremony and make sketches of it from the same angle as Longstaff’s famously haunting picture.

It was very moving to witness such dedication to remembrance.

There are more than 55 000 names of British and Commonwealth soldiers engraved on the monument, including 6 000 Australians, young men who crossed this threshold to face the ultimate test whose remains were never found.

As it stands above the dark water reminiscent of the river Styx, the gate gives the impression of a portal to another realm both for the thousands of soldiers who marched out to the Salient, never to return, and for the generations of pilgrims who continue to honour their sacrifice.