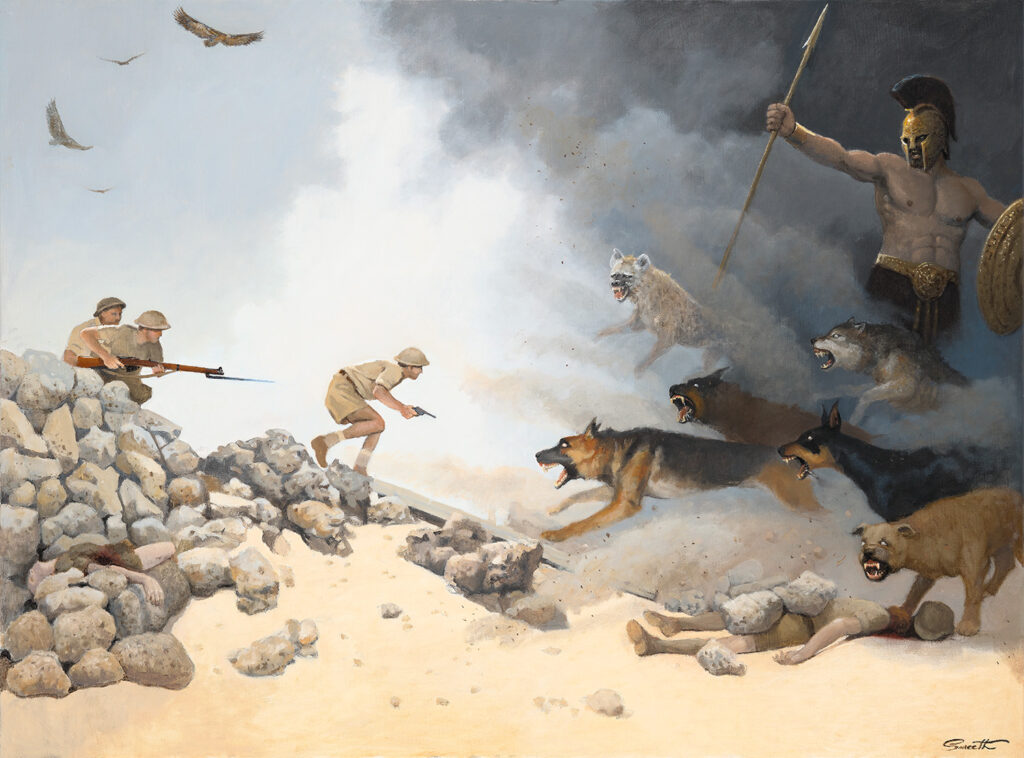 “Cry Havoc! and let slip the Dogs of War”

This painting was based on a photograph depicting Australian soldiers in the Western Desert in WW2.

A large dark area (explosion cloud) on the right in the photograph challenges the imagination as to what lies beyond ……….? enemy soldiers, machine gun posts, armored tanks, Gods of War, the Four Horsemen of the Apocalypse, the Jaws of Hell, or total destruction with all life extinguished.

I have chosen to represent the dogs of war spurred on by the God of War. (the Greek, Ares or Roman, Mars).

Shakespeare in his play, Julius Caesar, was the first to mention the term, “Dogs of War” and to my mind, these few lines provide a graphic, succinct description of the effect of war.

“Cry Havoc! and let slip the dogs of war,

that this foul deed shall smell above the earth with carrion men,