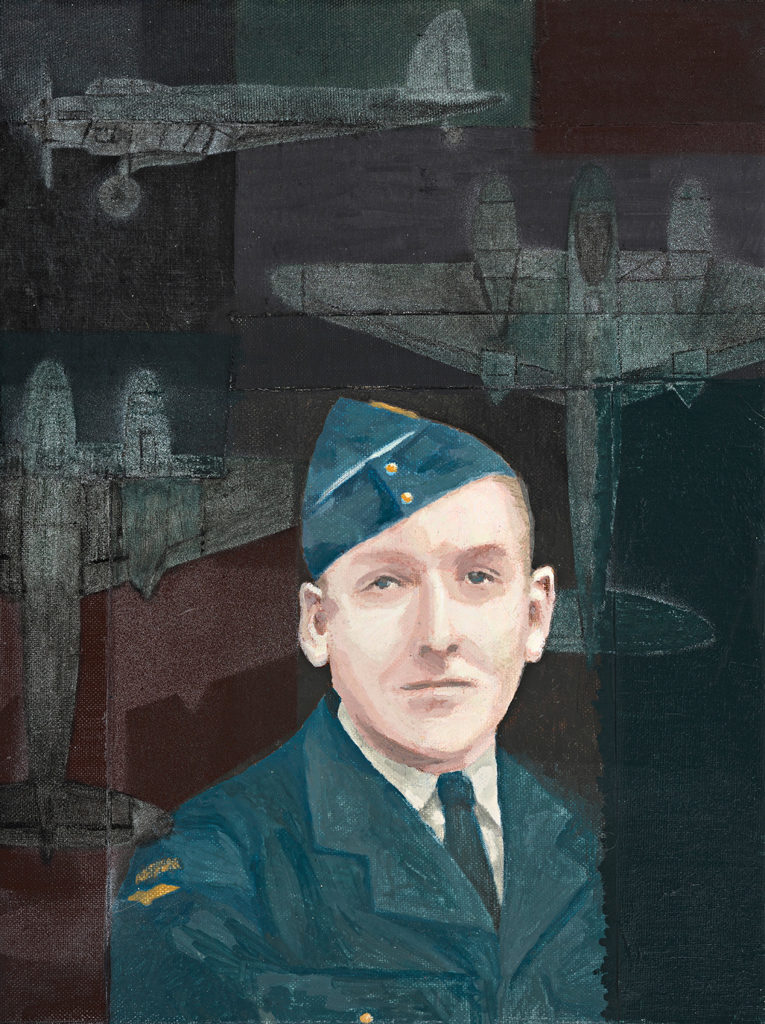 RAAF Flying Officer Duncan Davidson from Cowra, NSW, was a pilot in World War II. He was based in England, flying a de Havilland Mosquito. During a mission over mainland Europe in 1943 he encountered enemy aircraft. His aircraft survived that encounter but on return the airplane crashed in a field in southern England. The cause was unknown. He was 21 years old, and the older brother of my mother-in-law who is still with us at 93. The artwork shows Duncan Davidson in uniform and the Mosquito aircraft.