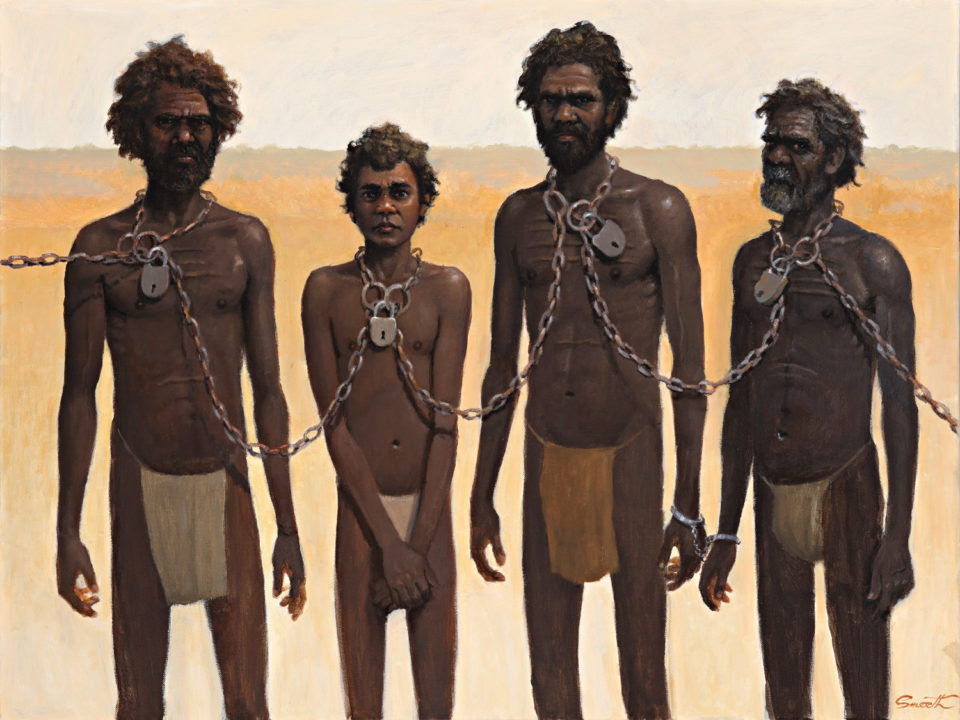 The qualities of “loyalty, respect, love of country, courage and comradeship”’ enshrined in the Gallipoli Clubs creed, I suspect, were qualities already present in Aboriginal communities before colonisation.

Invasion of an occupied land with the killing of inhabitants, seizure of land, imprisonment and displacement of the population is war by any definition and detainees resulting from such a conflict are thus Prisoners of War. Despite the barbaric treatment and suppression of the indigenous population from the time of colonisation, around 1000 aboriginal men fought in the Australian Military Forces in WW1 and over 3,000 indigenous persons (including women) fought for Australia in WW2.

Capturing, imprisoning and forcing indigenous inhabitants into slave labour is precisely the same as the maltreatment inflicted on captured Australian soldiers by the Imperial Japanese Army in WW2.

I believe, those First Australians who were imprisoned or killed and their resistance warriors should be commemorated in the same way as those Australians who participated in other wars. After all, both were fighting to protect the same land.

The practise of neck chaining aboriginal prisoners was not phased out until the 1940s and there are reports of informal use in some areas until the 1960s.