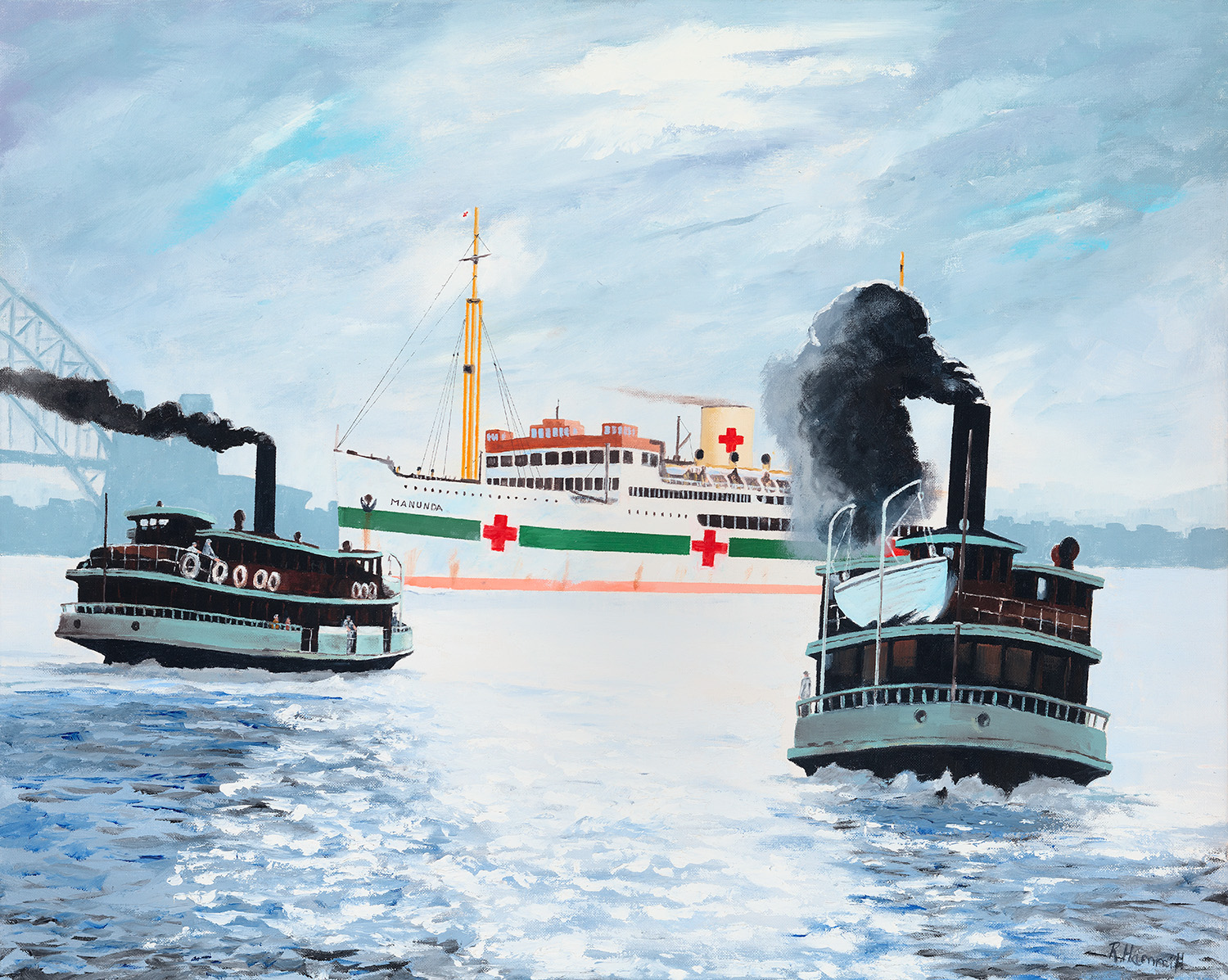 The TSMV Manunda was requisitioned and converted to a hospital ship being commissioned on May 25, 1940, after which she operated four voyages to the Middle East to bring back wounded troops to Australia. On February 19, 1942, during a bombing raid whilst she was anchored in Darwin Harbour, and despite her highly prominent red cross markings on a white background, she was hit by a bomb which exploded down on C deck killing 12 and injuring 157 others. After the Japanese surrendered HMAS Manunda was dispatched to Singapore to repatriate POW’s [Prisoners of War] from the infamous Changi Prison, of which my wife’s uncle was one who like many others, endured the hell of Changi. My painting depicts Manunda arriving in Sydney harbour on October 27, 1945 with those POW’s coming home.