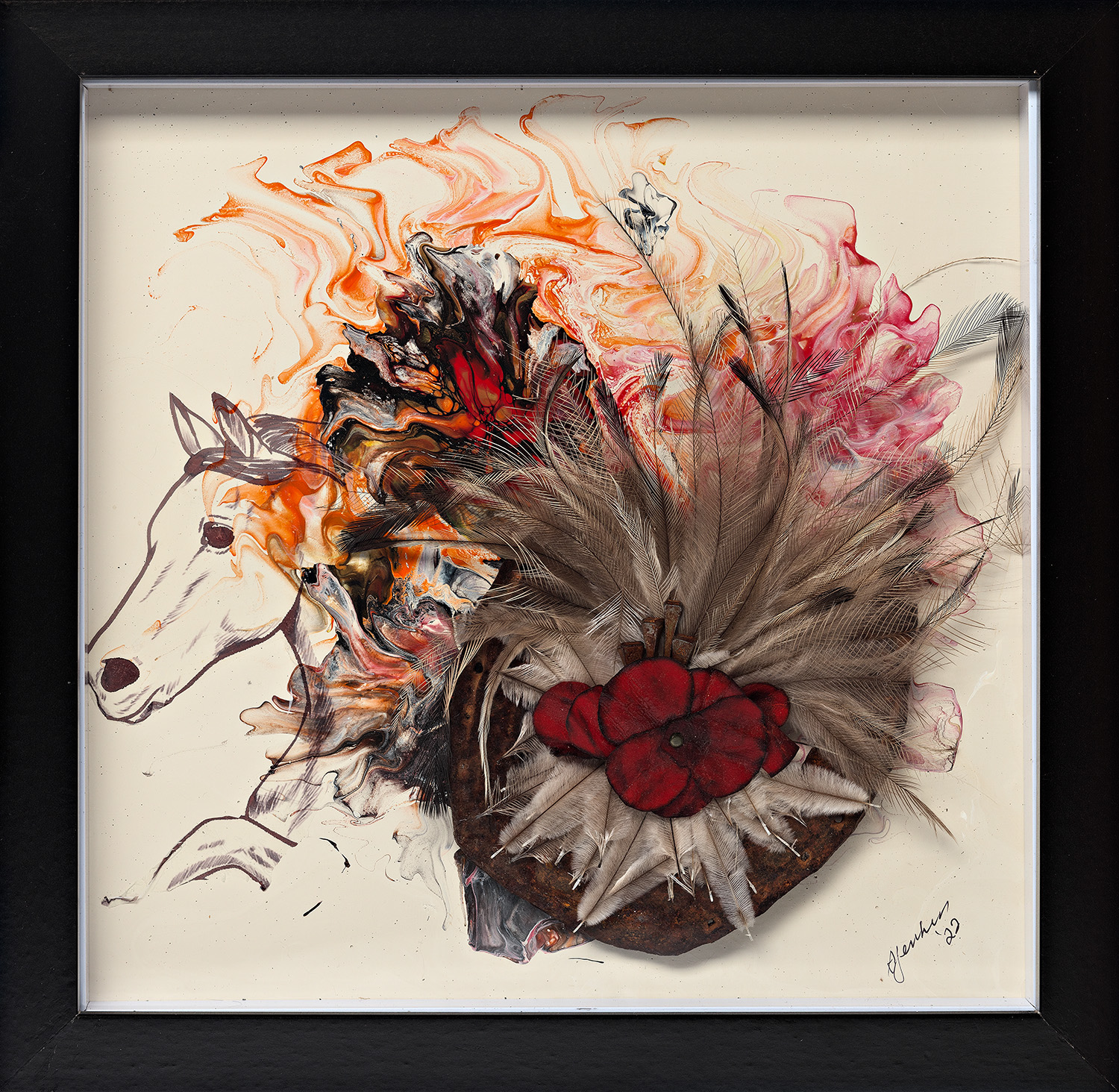 This work is dedicated to courage and devotion to their rider.  The “Walers” were a mixed breed horse used by The Australian Light Horse. Their name derived mainly from horses bred and sold in New South Wales. They were sturdy, hardy horses, able to travel long distances in hot weather with little water.

Most horses need 30lts of water per day but the Walers had the ability to go without water for up to 60 hours while carrying almost 130 kilograms, comprising rider, saddle, equipment, food, and water.
Out of the 136,000 Walers that went overseas only one came back, a horse named Sandy. They were either sold off to farmers, sent to India, used by the remaining British forces or they were shot. Bringing them home was costly and they could have brought home diseases.

The artists’ grandfather was a Light Horseman in the Parramatta Light Horse a Militia Regiment. He joined when he was 16 in 1916 while serving his apprenticeship as a Blacksmith/ Farrier (a maker of horseshoes) but was too young to go overseas, but who loved his horses and was a great horseman.