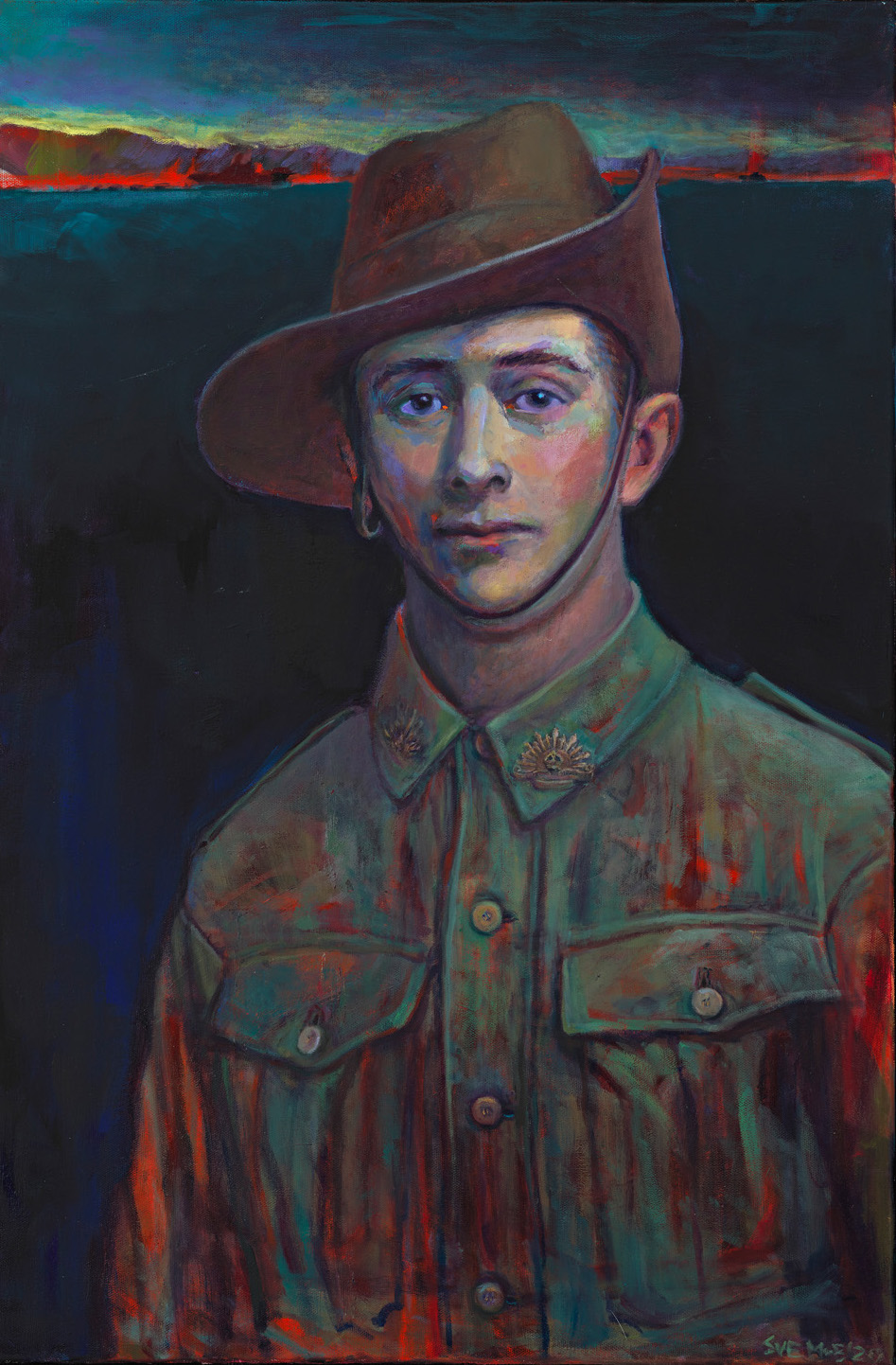 I was moved by James’ (Jim’s) story of enlisting at age 14 having been swept up in the fervour to serve his country and the consequential anguish borne by his family.

I wanted to convey Jim’s determination, pride in his role, innocence and vulnerability. In spite of his ill-fitting ANZAC uniform, a defiant young boy stares out; there is a sense of apprehension of events soon to unfold.

The placement of the war ravaged Gallipoli landscape gives historical context and literally shows him out of his depth, in over his head, a boy amongst men. That said Jim showed enormous courage and bravery in surviving a torpedoed ship (he spent 4 hours in the water) and then action in the Gallipoli trenches, sadly dying of typhoid a short time afterwards.