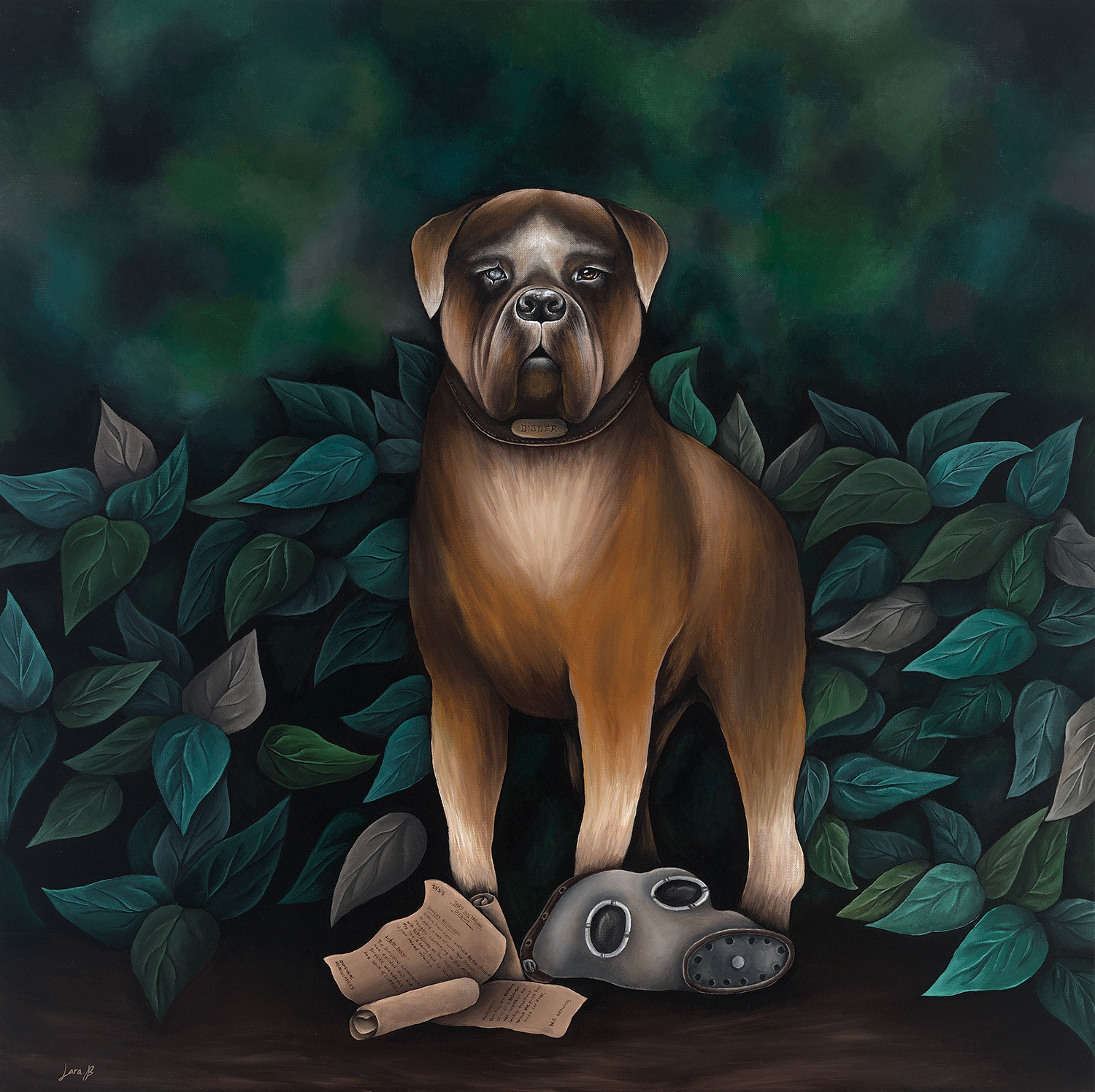 Digger, a brown and white bulldog, was once a stray. Many years later, he became a recognised hero and was awarded Australia’s first Blue Cross Award for his service on the front.

Wandering the streets of Broadmeadows, Digger came across the Australian troops who were undergoing their training. Deciding to befriend the soldiers and his future owner Sergeant James Harold Martin, Digger accompanied the Australian Imperial Force (AIF) to both Gallipoli and the Western front where he served three and a half years. It is estimated that Digger went over No Man’s Land 16 times to deliver food to the wounded soldiers. He was a carrier of written messages and throughout his service, Digger was shot in the jaw, wounded and gassed at Pozières, blinded in his right eye and deaf in the left ear. At the sound of a gas alarm, Digger would go to the nearest Australian soldier to have his gas mask fitted. In 1918, digger returned home as the last war dog allowed back in Australia.

I will never forget Digger’s story. For as long as I live his bravery will inspire me.

Thank you Digger for your loyalty and service.