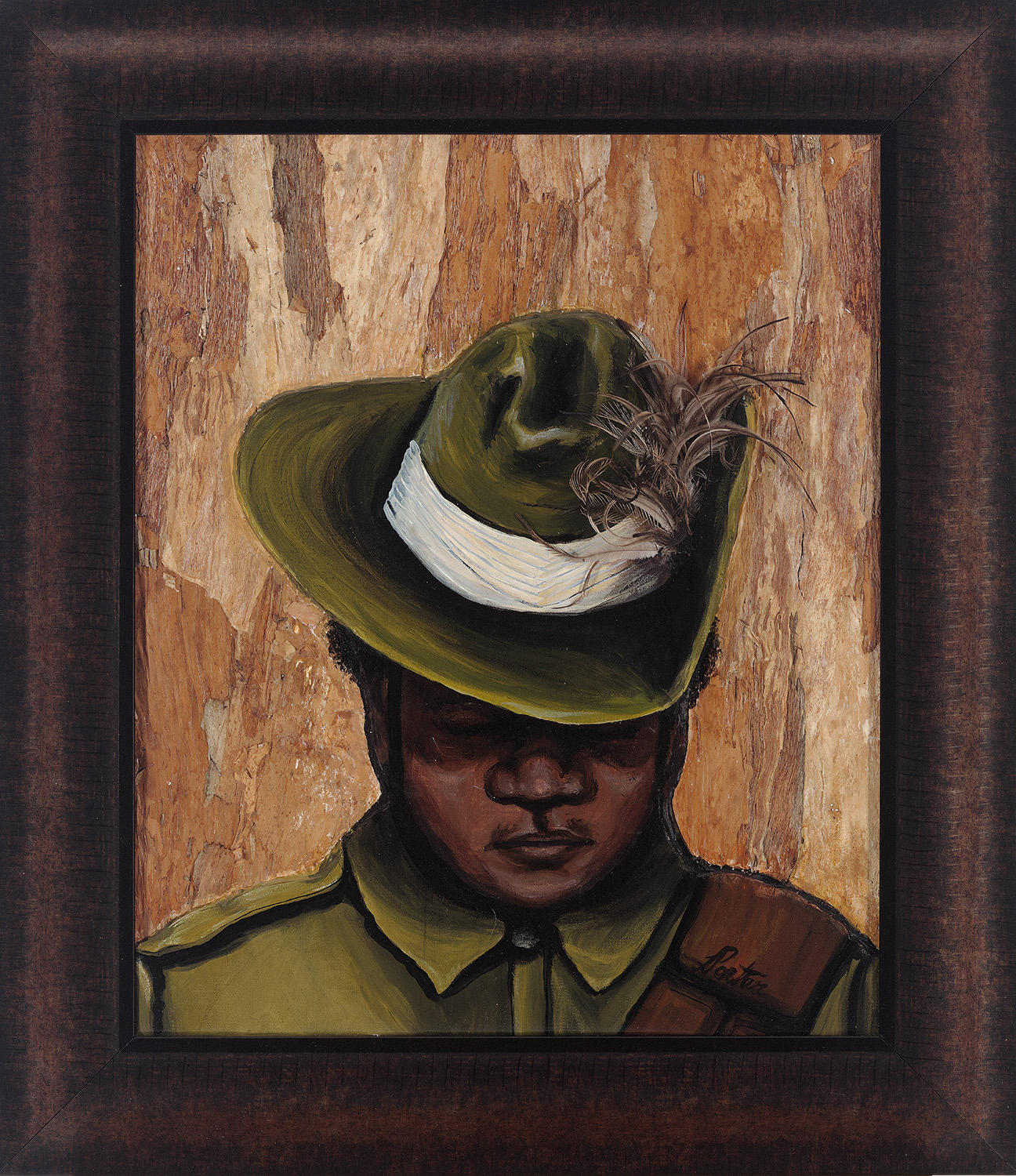 Acrylic and emu feathers on canvas

My painting is a tribute to the young Aboriginal soldiers from Cherbourg Aboriginal Community, who fought in WW1.

Many young men joined up to help defend their country even though they were not recognized as Australian citizens back then.  They came from squalid conditions in detainment camps but still had a strong sense of ‘country’.

These young men fought along side our Australian soldiers and allies, and some carried pieces of bark in their tobacco tins as a reminder of home.

Many Aboriginal men and women serve in our armed forces now but the soldiers from WW1 were ground breakers, proving that this was their homeland, and they were going to fight, even with post-colonial views and conditions placed upon them.

Lest we forget –  Aboriginal Soldiers