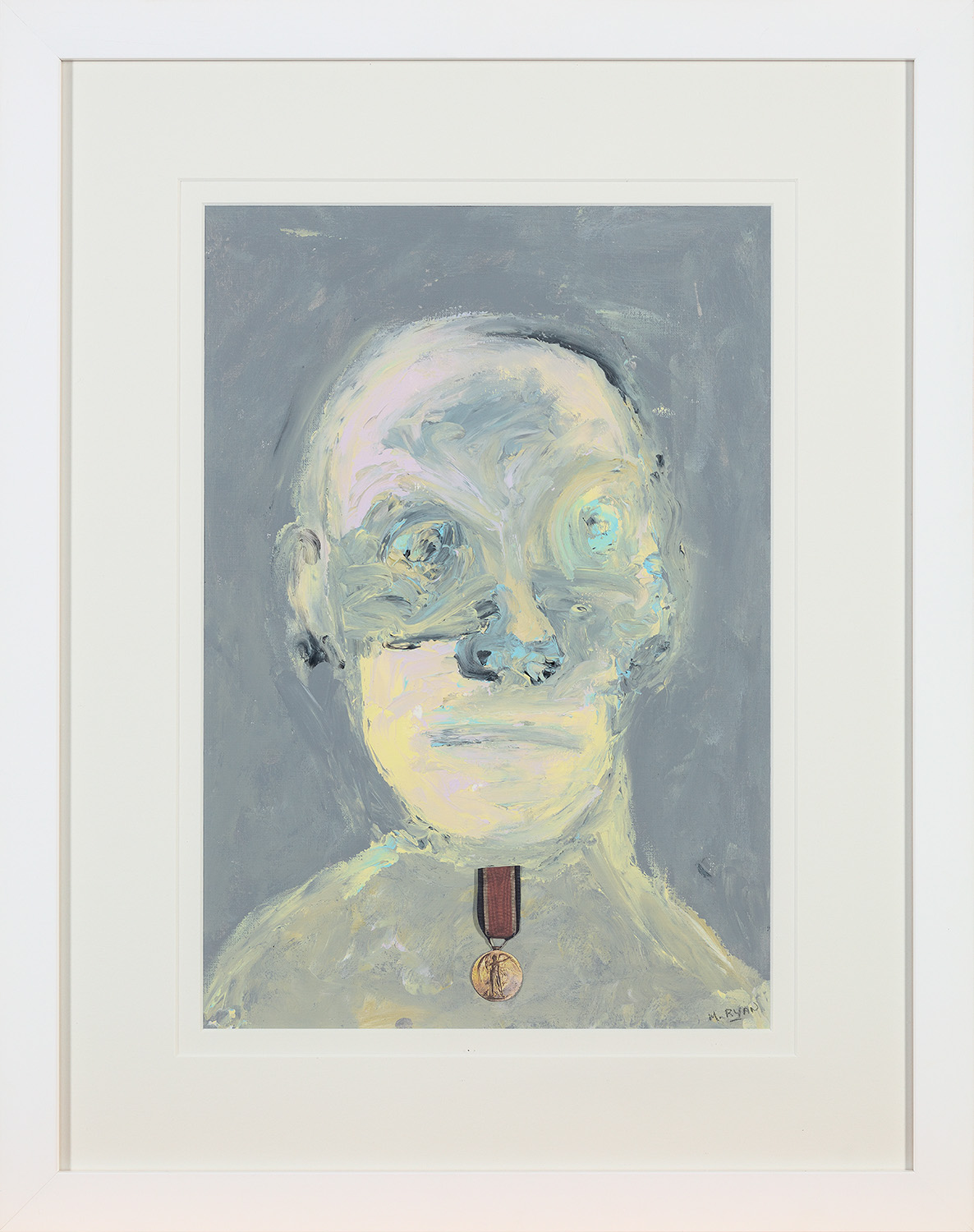 The ‘Price of War’ is inspired by the broken fighting spirit of returned soldiers. The image depicts a forlorn soldier who has lost his left ear with partial loss of vision in his right eye. In some respects, it is difficult to know whether he is looking at you or through you. These injuries are a lifelong haunting reminder of the physical and mental trauma he suffered. Whilst he is revered as a hero, at what cost the price of war? The artwork was inspired by the mental trauma suffered by soldiers such as my grandfather, Captain Peter Aloysius Ryan who served with the Australian Imperial Force during WW1. Whilst the physical battle may have ended, the mental battle was just beginning. The artwork incorporates a photograph of my grandfather’s commemorative medal.