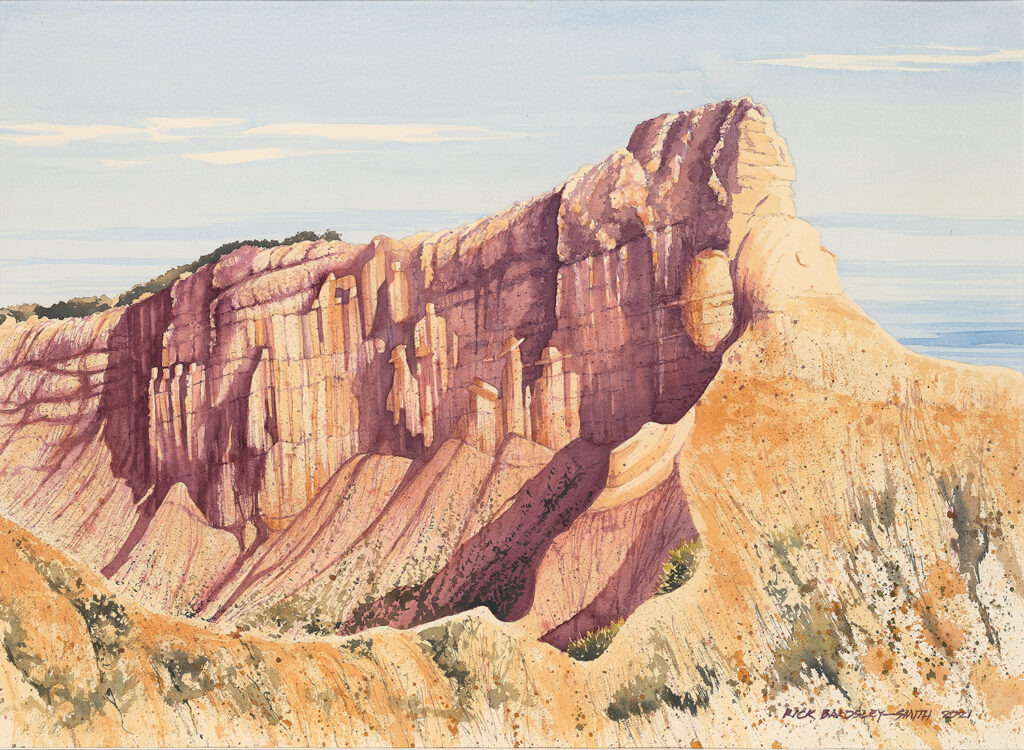 When I first saw the Gallipoli Sphinx I was struck by the fact that it had been sitting there like a monument for what was to occur long before the Anzac Cove landing; as if in the formation of the earth it was known in advance what was to happen right there in 1915. Countless wars have raged in this part of the world through history, but the Sphinx belonged to Anzac Cove.

We all peruse the images of what it was like at Gallipoli. I find myself pausing when I see men in their trenches burrowing into the embankments for rest, protection, survival, existence. The more I thought about that, the more I thought that both in life and death they had literally become absorbed and ingrained in the landform.

So, I found myself seeing the Sphinx rock formation as symbolic of the trenches. Perhaps if I look carefully I may see some of those who paid the ultimate price and are ingrained there. This painting seeks to do that. I think I found some. Oh….and I also found a slouch hat.