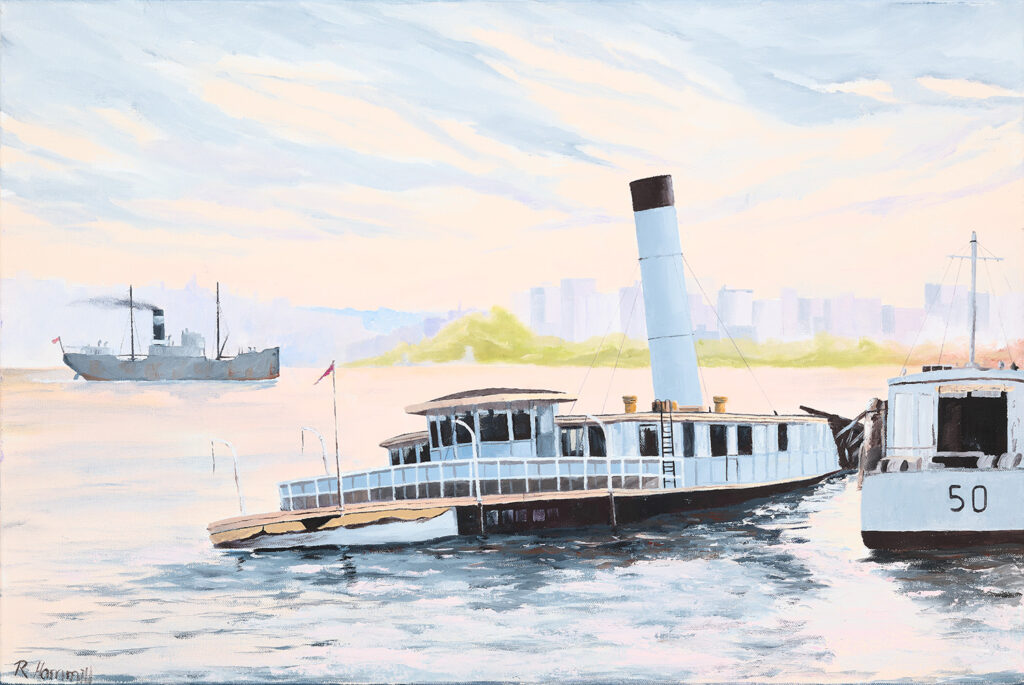 Sydney ferry the Kuttabul, after service between North and South Sydney was leased to the Royal Australian Navy in 1940 for use as a depot ship. Later in 1941, it was commissioned as sleeping quarters for Naval ratings awaiting their postings. It was painted grey to reflect her new status.

On the night of May 31 — June 1, 1942 a surprise Japanese attack by a midget submarine fired a torpedo,’ which struck the sea wall alongside the old ferry and exploded, she began to sink immediately with only her wheelhouse, roof decking and funnel above water. It is estimated that 35 to 40 men were on board at the time of the explosion, killing 21 of these men who were asleep in their hammocks. Those who died were victims of a war which had suddenly overtaken them before they had a chance to meet it.