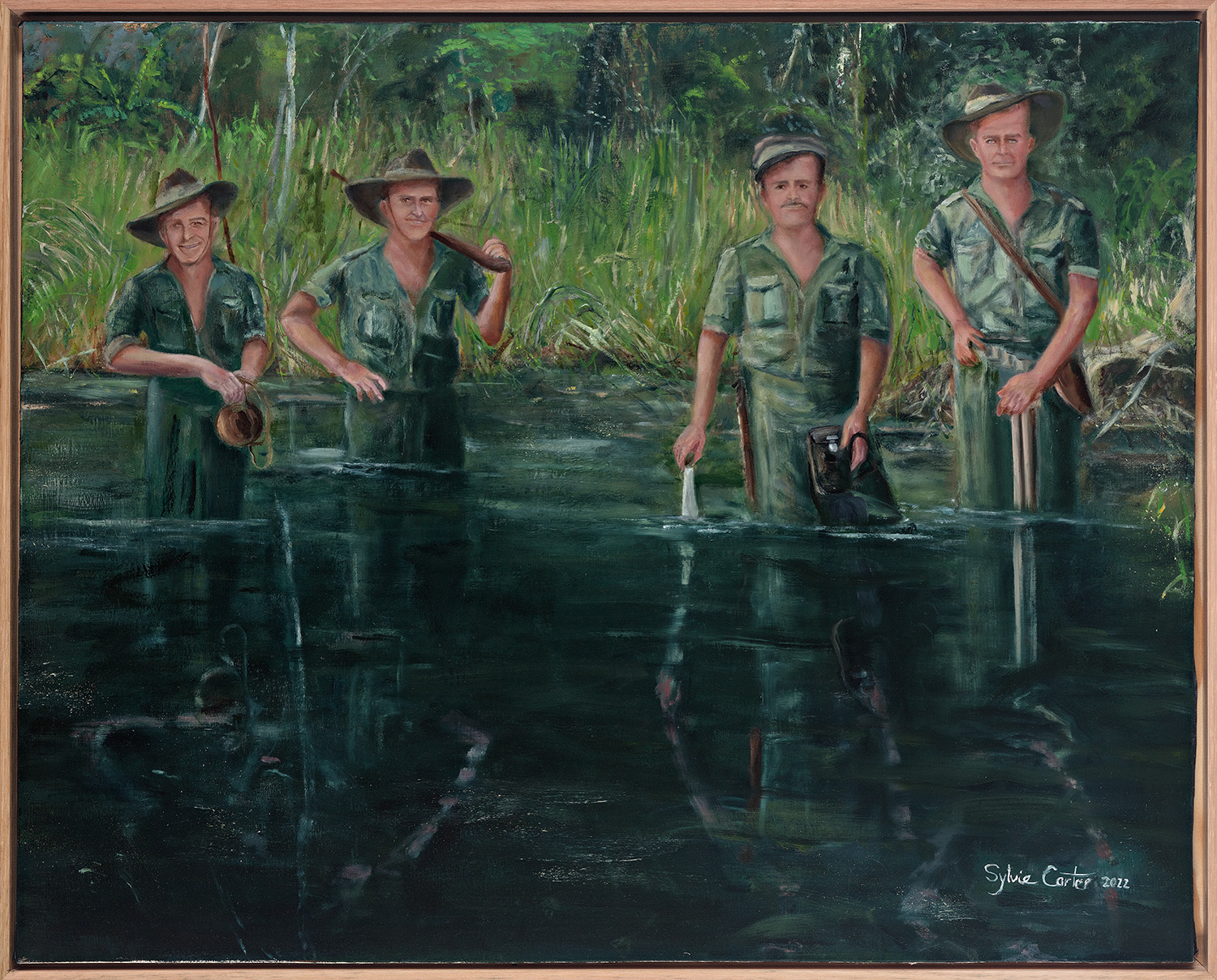 This portrait is of my late father, Harry Judge with his team of surveyors Sergeant Jim Cavill, Sergeant Tom Sullivan and Warrant Officer Class 2 Rick Haas standing in a swamp in Merauke, PNG during WWII. I aimed to capture the essence of their spirit of loyalty, courage and comradeship during a difficult time.  Although not charged with fighting the enemy they had to survey the jungle and prepare the areas for our fighting soldiers. This small band of men assisted the Australian and allied corps. during the war in establishing the crucial air strips and necessary land-based infrastructure to support the troops throughout the pacific. They lived in harsh conditions and suffered in their own way.

There are only a few displays of the survey teams during WWII. This spurred me on, not only to remember my much loved dad, but also to importantly remember his and his team’s contribution for what they went through for their love of their country, their loyalty, respect, courage and comradeship and duty as soldiers.  I enjoyed capturing their likeness and in my own way, bringing them all back to life.”